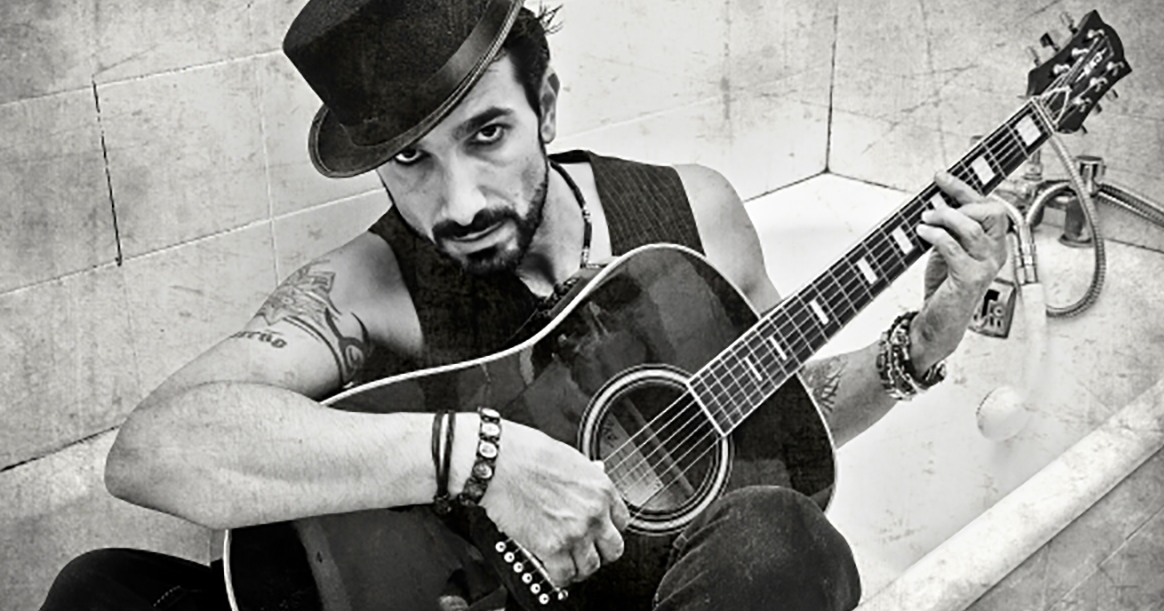 After hundreds of concerts in Spain and France, after several albums and various projects, Piero Quintana is again hitting the road, like a lonely ranger with his EKO Ranger Vintage VI guitar, Black color and Equalized with Fishman ISYS +; bass drum and an old drum machine.

Quintana sets up a strong identity greatly influenced by his childhood spent in Spain where he experienced his first musical approaches with the Spanish Rock groups of the 80’s.

Amongst his experiences, the “solo” is the one which best represents him; his doubts, his certainties as well as his beliefs  have deeply inspired his music going from Rock to Folk, along with a crude use of his electro acoustic guitar! His powerful and throaty voice mixes up with the sensuality of the Spanish language and reveals emotions through very autobiographic lyrics full of feelings. The authenticity of Quintana’s universe as well as his very particular environment seem to well fit into his double identity represented by an interior tugging from one part to another within the boundaries, and his continuous journey.

At concert you may at times come across his “companero” Tom Lopez, guitar and organ player who accompanies him through his new journey.