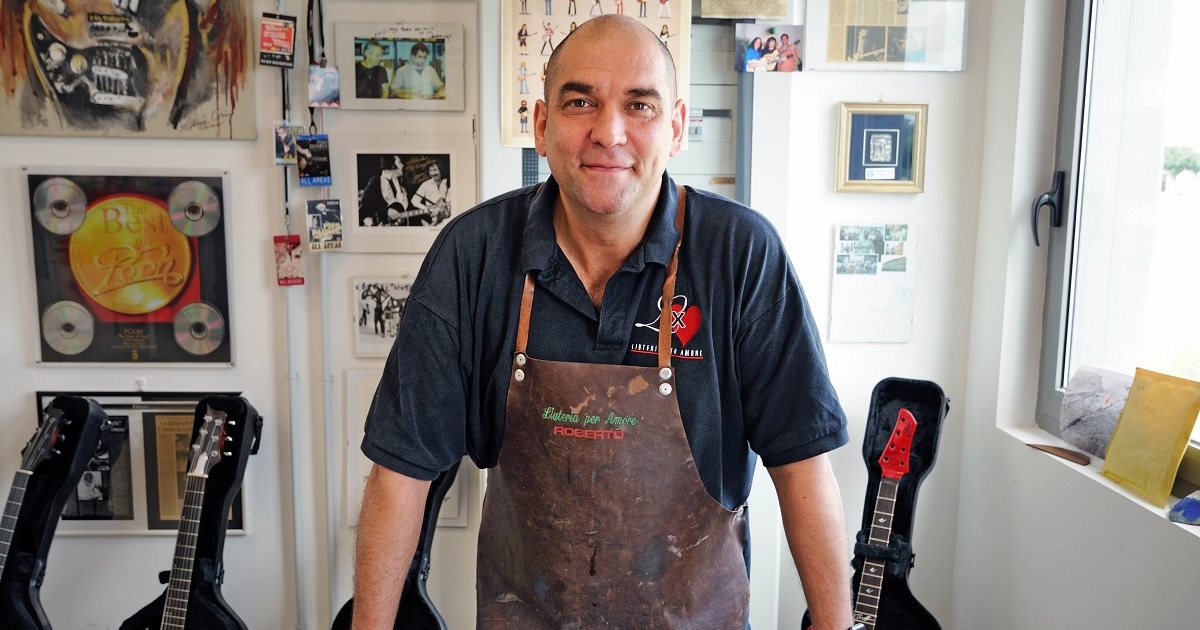 Roberto Fontanot, from the region of Friuli, is one of Europe's leading luthiers and has decided to relocate from Verona to Recanati.

A few weeks ago, “Liuteria per Amore” - Roberto’s workshop, moved into an independent wing of the Eko Guitars plant in Montelupone.

This modern and rational facility is filled with instruments and hi-tech equipment, some of it developed by Roberto himself. Nowadays, being a luthier is a profession that combines manual skills and technology. Roberto is in the forefront of this and his work has always been based on scientific research, as his relationships with various Italian universities testify.

Roberto has been collaborating with Eko Guitars for three years and has now made the big step forward, moving his activities to the Marche region, where he will work with Eko – together with Massimo Varini and the Eko staff - on designing new models, coordinating production and, last but not least, crafting of signature models for leading guitarists. The focus will be on a project close to the heart of Eko Music Group for many years and which Fontanot hopes to make a reality: starting to manufacture guitars in Italy again.

In the meantime, the Montelupone workshop has already started projects with schools and universities, aimed at preparing young people for a profession which is being lost but which could offer employment opportunities for the new generations.